GreatAwakening
Communities Topics Log In Sign Up
Sign In
Hot
All Posts
Settings
Win uses cookies, which are essential for the site to function. We don't want your data, nor do we share it with anyone. I accept.
DEFAULT COMMUNITIES • All General AskWin Funny Technology Animals Sports Gaming DIY Health Positive Privacy
100 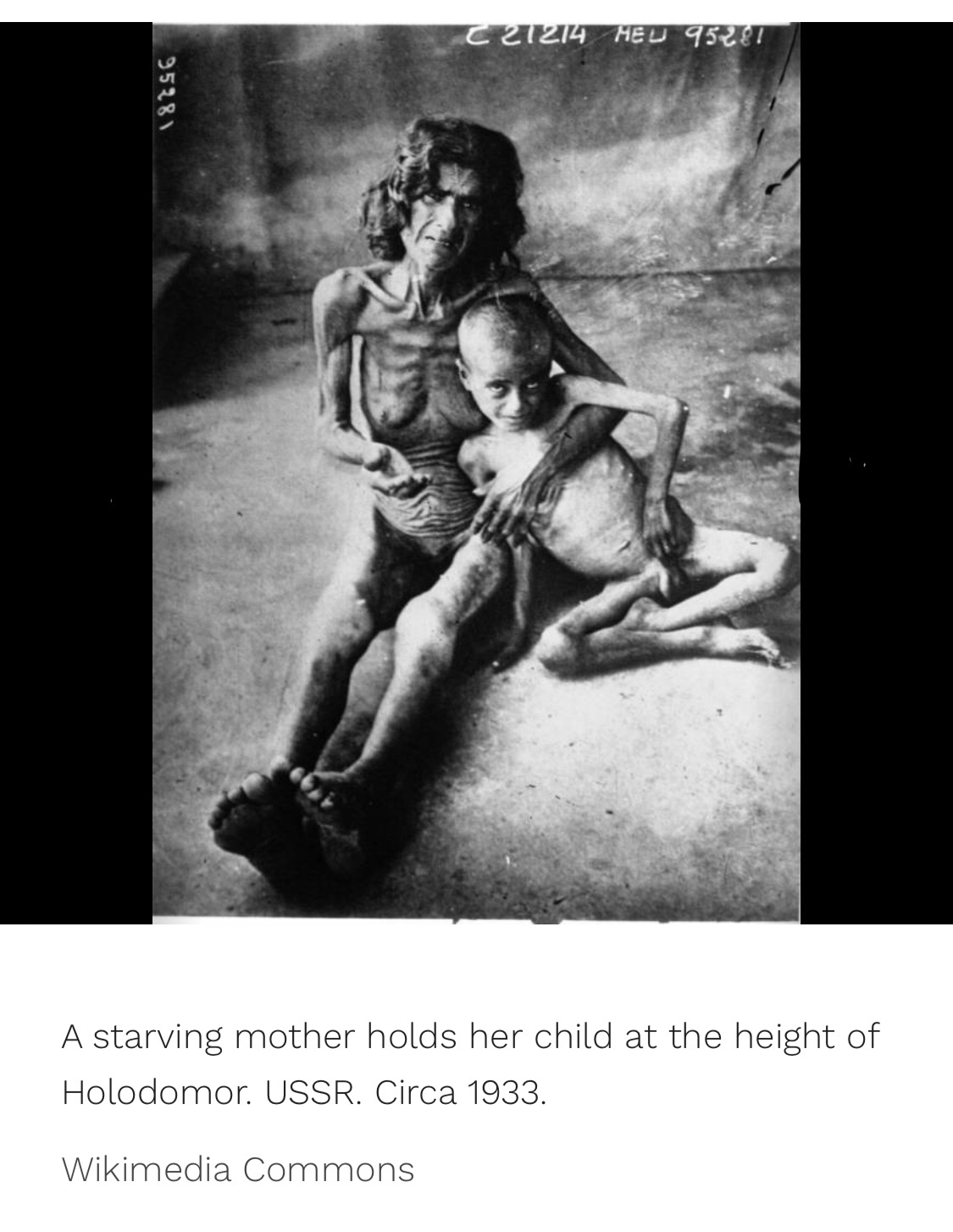 My parents survived the Holodomyr. My dad taught me how to eat grasses and trees because it could happen again.

There are others on here who would be very interested to learn these things from your parents experiences.

All parts of the pine tree are edible. You can eat plantain.

Russia/Khazaria(Ukraine) was used to create all the anti-Nazi propaganda that was used to justify the wars.

Millions of Christians died in the wars the masons across the globe aligned to create.

This was another step in depopulation. Spanish Flu. Economic collapse. Global famines...and then WAR.

There is a lot more to Holodomor. I believe there are two distinctly different phases of human destruction under USSR. The first part was under Lenin and Trotsky, where they brutally destroyed white christians who did not want to accept the revolution. This was outlined in various writings of Solzhenitsin.

The second part was the Holodomor under Stalin, which primarily affected the Khazarian stronghold - Ukraine. Which also happens to be the bread basket of USSR.

For a long time I did not understand why [they] could create destruction of their own people - and yes, just like Jews were victimized by Zionists under Nazis its possible Cabal could destroy their own people. Except, they never publicise this, and they never try to earn goodie points. They try to memory-hole this, and we all believe because this was primarily due to the evils of Communism.

Let me provide an alternate thesis, that is still under development and hence might be full of holes, nevertheless it is important I believe.

First, the Holodomor happened only after agricultural collectivisation, which happened after 1927 after Stalin took control. Think about why for the first decade when the Communism was in full swing under Lenin/Trotsky, they did not touch the agricultural sector. Let me offer a reason - Khazarian Homeland was the major agricultural areas in USSR.

I believe Stalin took a page from the Sun Tzu art of war. He weaponised communism against the KM. He decided to collectivise agriculture as a way to take control over the Khazarians.

When Stalin collectivised agriculture, the Ukrainians refused to hand over their grains. Clearly, what was good for the goose was not good for the gander, in their minds. Thats when the war escalated and Stalin decided to starve them out if they wouldn't co-operate. He famously said, when asked about the famine "Dont ask me until they start eating their own babies". This disgusting quote, when seen through the lens of what we know about Satanists eating other people's babies, takes a whole different meaning.

All of Stalins purges were aimed at the people who supported Trotsky - who was the agent of the Cabal. The purges were really purging the Cabal controlled puppets. History has no clear explanation of this seemingly irrational and over the board purges except to call him crazy and paranoid and a megalomaniac. This is what Cabal does to dismiss leaders who go against them - like Gaddafi, Saddam, Putin and even Trump.

By the time Stalin died, USSR was irreversibly lost to the Cabal. Kruschev was a Cabal guy they bought in, and he tried to undo a lot of stuff Stalin did. Under him they tried highly ambitious scams such as Cuban missile crisis. Breznev, who came after him took back control and continued Stalin era operations.

I believe Cabal had already decided to pull the plug. The whole Afghan war was intended to bleed our USSR and make it die. Breznev, Andropov, and Chernenko all died within a span of 3 years, until came Gorbachev who was another huge Cabal agent and whose only task was to dissolve USSR.

Was Stalin an enemy of the Cabal? Was Holodomor the result of his attack against the Cabal? While I cant definitively answer it, there is surely enough here to dig further.

I have a hard time believing murdering millions of white Christians was a fight against the KM. Makes no sense to me. Why did thousands of Churches get burned but no synagogues ?

The first part under Lenin and trotsky - murdering white Christians and destroying churches were definitely part of the evil Cabal.

I am trying to show the distinction between this and the later holodomor, which was death due to famine in Ukraine under Stalin

Thank you. It seems to me all the talk about the Holocaust is mostly a major distraction from this topic.

Absolutely, I had never heard about this until this thread.

I kind of thought communism was constructed by the deep state KM. An antithesis to America, something to distract us while they fleece us.

Yes, it was. Just like the kind of crony-capitalism they got into the west. Thats what I mean when I say "Stalin weaponised communism against the Cabal".

Why are they always naked though

In the presence of your enemy, would you feel more humiliation and vulnerability naked or clothed?

they had guns too

Doubt it. And if they did not what Americans have

holodomor wasnt only in Ukraine, part of Russia was also affected.

Oh they’re way ahead of us, evil never sleeps. I’ve seen photos of the Bolsheviks confiscating the food that the people grew for themselves. That’s quite a memorable experience you had, I’m sure. Thank you for sharing that. Did you take any photos?

First you need to understand that all food was confiscated from the villages. Every grain of wheat.

My father said to strip the bark from a tree and peel off the outer crust. Chew the inside rind. You may get some sap out but even the chewing helps satisfy the hunger. Then he said to pull grass out to eat the roots. If in winter you can use snow to wash and cook the roots.

My mother was taken to slave labor camp when she was 13. The women had only potato water to eat. There was a German woman from nearby farm who had pity on them and sent her sons to sneak in a food item under the guise of taunting them. Mom explained the boys would sneak in a handful of flour or an apple, etc and the women in the camp could devise a 'meal' with it.

Now grown and in US I was helping my mom in the kitchen and I will never forget her words "You will never go hungry because I taught you 100s of things you can make with a little flour and if you have an onion, an apple, a potato..."

Wow! Thanks for sharing! You should write a book, even your short paragraph was fascinating! So glad your parents were able to survive. ❤️

For starters watch “Mr. Jones” the 2019 movie about the Holdomor..and the fake news propaganda surrounding it.

So, I guess the moral of the report about the Holodomor, fight to the death before it seems like it is time for such a fight.