GreatAwakening
Communities Topics Log In Sign Up
Sign In
Hot
All Posts
Settings
Win uses cookies, which are essential for the site to function. We don't want your data, nor do we share it with anyone. I accept.
DEFAULT COMMUNITIES • All General AskWin Funny Technology Animals Sports Gaming DIY Health Positive Privacy
392 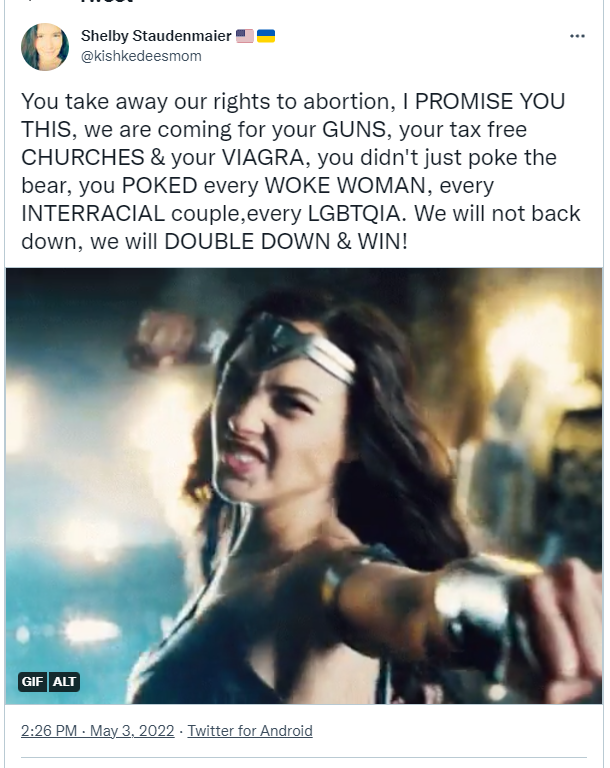 You're saying that I am misrepresenting Christianity and the idea that those who don't accept Jesus go to Hell, and that there is more to that then I put.

So why is it too difficult to be on the other side of the coin, that you might have misconceptions related to the Talmud? If I represented false ideas of Christianity, is it possible you can have false ideas of Judaism, or indeed the Talmud?

There is actually lot of things contested in the translations of the Talmud. I had some interesting conversations with a scholar who went into the history of the Talmud and its editions, which is worth putting into a discussion.

There are some distinctions in Hallacha -- Jewish law -- between Jews and gentiles. It may sound odd, but you might consider that America -- or any nation -- would have different laws applicable to, say, citizens and foreigners.

Some time ago I was discussing someone who was taking a similar position to you, and comparing his arguments with the authority I mentioned. He was very filled with rage -- he did not care about counter arguments but called me many insulting names.

One of the positions he took was "why does the Talmud promote the marriage of young children?"

The authority, when I asked him and showed him the passage, laughed and said that this hater of the Talmud, if he read three pages further, would have found a passage that said the best thing to do is to marry a girl when she's of the age of majority and has a voice in who she would like to marry -- the opposite of his claim.

Why two apparently contradictory passages in the Talmud?

Well, in the ancient world, it wasn't uncommon to betroth children in arranged marriages. It seems odd to us, but it was more common in those times.

Also, there's the question on Talmudic passages on why girls who are molested at a young age count as virgins. The answer to that is because if a molested girl was no longer a virgin, that damaged her prospects for getting married at a later age. Instead, it is considered not the same, so she's allowed to grow up and get married as per normal, and get on with her life.

These are the kind of questions the Talmud deals with. It will sound strange when plucked devoid of context. "What? Why would it say a molested girl counts as a virgin? Are they saying it's okay?" No, it's not saying that at all; it's saying that should not count against her concerning her eligibility for marriage.

These are the kind of misconceptions that prop up in these conversations.

I am not a religious scholar, just a researcher with an interest in religion, especially in those with glaring NWO overtones.I had a long response written, but it vanished before posting. I will do a rewrite some other time, but this is not merely an issue of children, virginity or marriage, but the rape of children by adults and the Mishnas and Gemaras that advocate when it's OK (which should be never) but that is not what it says. This is not even going into the constant dehumanization and encouragement to defraud gentiles.

The other issue is the attempt to infiltrate and overthrow the Constitution, replaced with talmudic law and this has been documented to be happening for decades. Please no more responses, maybe we'll have further conversion another time.

Well, all I can say is that Judaism does not endorse rape, whether of adults or children. You can get that by the Torah itself, no need to dive into the Talmud. And no one wants to replace the constitution with Halakah. Shariah law? Maybe. Communism and Wokism? Definitely. But not Halakah. Even Israel isn't ruled by Halakah. (Though the ultra orthodox do vote their own values, like anyone can and should)

Have a good one.

Modern Judaism is based on the talmud (kaballa and zohar). There are only a few thousand Torah-only Karaites in the world, and are a very oppressed people. I have provided evidence of talmudic law attempting to usurp our Constitution, the Noahide "laws" are just simply a very public example of it.

In 1999, the Supreme Court agreed to consider an amicus brief based wholly on Talmudic law (see Sentence and Execution).

In November 2002, the American Orthodox Jewish community held a kosher dinner in the Supreme Court building to celebrate the establishment of the National Institute for Judaic Law.(31) The dinner was attended by 200 people, including three Supreme Court Justices. The purpose of the Institute is to introduce Talmudic laws into the US legal system and law schools.

Have a good one as well, and if you want to continue any conversion, better to PM me. God bless!

I got to say, that just isn't true. It's ... kind of surprising to me that you got upset when I mentioned the Christian idea of only those that accept Jesus get to heaven while the rest of the world goes to hell. You took issue with that. And I'm like fine. I'm Jewish, you're Christian, you may know more details or interpretations of that than me. Fair enough.

But then you want to turn it around and tell me how /my/ religion operates, what /we/ value and talk about and act on? No. It just is not like how you describe.

Go to a Jewish website with Rabbis talking theology. There are some lectures that involve Talmud. Some the Mishnah. But none has more than the Torah. There are weekly Torah sections called Parshas, discussed every week in synagogue. The idea that all that was tossed aside in favor of the Kaballah and Zohar is just nonsense.

Besides of which, the Kaballah and Zohar are very specialized studies. It's the mystical tradition of Judaism, and not many, by tradition, are even allowed to study them. (The tradition was before you study the Kaballah you have to be a man of at least 40 years of age, you know the Torah and Talmud backwards and forwards, you have be married and a father of children, and then you can be invited to learn. Or as this nutty age has it, a crazy woman like Madonna with lots of money).

That's not something that involves the rank and file.

And the Jewish globalists -- Soros or Zuckerburg -- they aren't Talmud scholars or Torah scholars. Soros hates Judaism, Israel, and sent other Jews to their deaths. They're not some kind of secret society of Kabalah scholars.