GreatAwakening
Communities Topics Log In Sign Up
Sign In
New
Posts
Settings
Win uses cookies, which are essential for the site to function. We don't want your data, nor do we share it with anyone. I accept.
DEFAULT COMMUNITIES • All General AskWin Funny Technology Animals Sports Gaming DIY Health Positive Privacy

It only touches kids.

From MJ Truth channel on Telegram:

"China want our land. They feel they have every right to it as we do. Regardless if they do or do not, they believe if they do not acquire our lands, they see it as either deciding between the death of the Chinese people or American people.

The CCP thinks generations in advance. They fight the long game. Their plan was to weaken & divide us and for them to eventually invade the US and claim it as their own.

The following is a small part from a speech delivered in December, 2005 by Comrade Chi Haotian ­the Vice-Chairman of China’s Military Commission to top officers and generals. Keep in mind that China has for many years advocated deceitful and covert warfare against its enemies. This is their Modus Operandi.

”.....Western countries established colonies all around the world, therefore giving themselves an advantage on the issue of living space. To solve this problem, we must lead the Chinese people outside of China, so that they can develop outside of China.

Second, even if we could snatch some land from Taiwan, Vietnam, India, or even Japan, how much more living space can we get? Very trivial! Only countries like the United States, Canada and Australia have the vast land to serve our need for mass colonization. Therefore, solving the ‘issue of America’ is the key to solving all other issues.

First, this makes it possible for us to have many people migrate there and even establish another China under the same leadership of the CCP. America was originally discovered by the ancestors of the yellow race, but Columbus gave credit to the White race.

We the descendants of the Chinese nation are ENTITLED to the possession of the land! It is historical destiny that China and United States will come into unavoidable confrontation on a narrow path and fight.

In the long run, the relationship of China and the United States is one of a life-and-death struggle. Of course, right now it is not the time to openly break up with them yet.

Our reform and opening to the outside world still rely on their capital and technology. We still need America. Therefore, we must do everything we can to promote our relationship with America, learn from America in all aspects and use America as an example to reconstruct our country.

There has been rapid development of modern biological technology, and new bio weapons have been invented one after another. Of course we have not been idle; in the past years we have seized the opportunity to master weapons of this kind.

We are capable of achieving our purpose of ‘cleaning up’ America all of a sudden. When Comrade Xiaoping was still with us, the Party Central Committee had the perspicacity to make the right decision not to develop aircraft carrier groups and focused instead on developing lethal weapons that can eliminate mass populations of the enemy country.

Biological weapons are unprecedented in their ruthlessness, but if the Americans do not die then the Chinese have to die. If the Chinese people are strapped to the present land, a total societal collapse is bound to take place.

According to the computations of the author of Yellow Peril, more than half of the Chinese will die, and that figure would be more than 800 million people! Just after the liberation, our yellow land supported nearly 500 million people, while today the official figure of the population is more than 1.3 billion.

This yellow land has reached the limit of its capacity. One day, who knows how soon it will come, the great collapse will occur any time and more than half of the population will have to go. It is indeed brutal to kill one or two hundred million Americans. But that is the only path that will secure a Chinese century, a century in which the CCP leads the world.

We, as revolutionary humanitarians, do not want deaths, But if history confronts us with a choice between deaths of Chinese and those of Americans, we’d have to pick the latter, as, for us, it is more important to safeguard the lives of the Chinese people and the life of our Party.

The last problem I want to talk about is of firmly seizing the preparations for military battle. The central committee believes, as long as we resolve the United States problem at one blow, our domestic problems will all be readily solved.

Therefore, our military battle preparation appears to aim at Taiwan, but in fact is aimed at the United States, and the preparation is far beyond the scope of attacking aircraft carriers or satellites. Marxism pointed out that violence is the midwife for the birth of the new society."

Make no mistake: we're at war.

Full Speech Can be found Here 👇

I've seen Anons on here constantly debating how we are heading for Mark of the beast territory if we aren't careful and if we don't wake enough people up, but it's like you've all forgotten it's already here.

The Mark is with us and within humanity's population right now!

I've seen Anons on here constantly debating how we are heading for Mark of the beast territory if we aren't careful and if we don't wake enough people up, but it's like you've all forgotten it's already here.

The Mark is with us and within humanity's population right now!

Anyone watch DEVS last year? It's about a Quantum Computer being able to predict the near future via determinism. This may be EXACTLY how Q-Team know that we have already won - CHECKMATE; GAME OVER. They are literally watching it play out in front of them on the Chronovisor! (www.youtube.com)
posted 85 days ago by AReckoningIsComing 85 days ago by AReckoningIsComing
11 comments share
11 comments share save hide report block
690

Dem supporter dissonance! For those wondering what purpose Impeachment 2.0 served, if it can open the eyes of just one person, it was worth it...(now think of how many others it redpilled too across the nation!) (media.greatawakening.win)
posted 117 days ago by AReckoningIsComing 117 days ago by AReckoningIsComing
27 comments share
27 comments share save hide report block

MARJORIE BIG BALLS APPRECIATION THREAD - Remember: This woman is a Q follower and so knows all about the cabal, baby eating and adrenochrome. She has to walk into the SAME ROOM as these people. Appreciate the SELF RESTRAINT and COURAGE!! (media.communities.win)
posted 125 days ago by AReckoningIsComing 125 days ago by AReckoningIsComing
107 comments share
107 comments share save hide report block 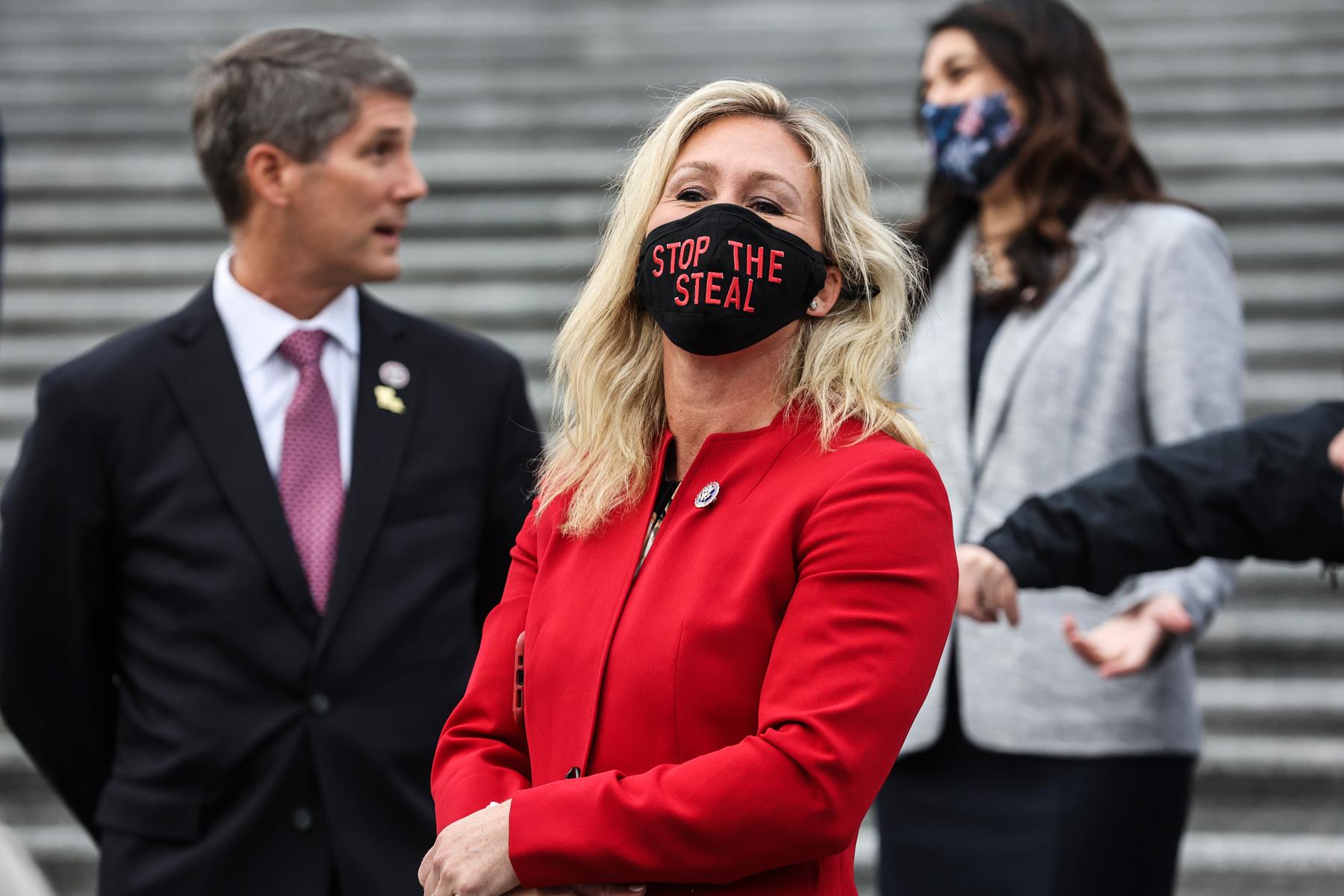 Anyone Catch That BBC Hit Piece Last Night on "QAnon?" An undercover journalist spent 3 weeks listening to Q supporters in chat rooms and mocking us when Doomers flipped out after Biden was inaugurated on the 20th. These people are SICK! (media.communities.win)
posted 134 days ago by AReckoningIsComing 134 days ago by AReckoningIsComing
27 comments share
27 comments share save hide report block 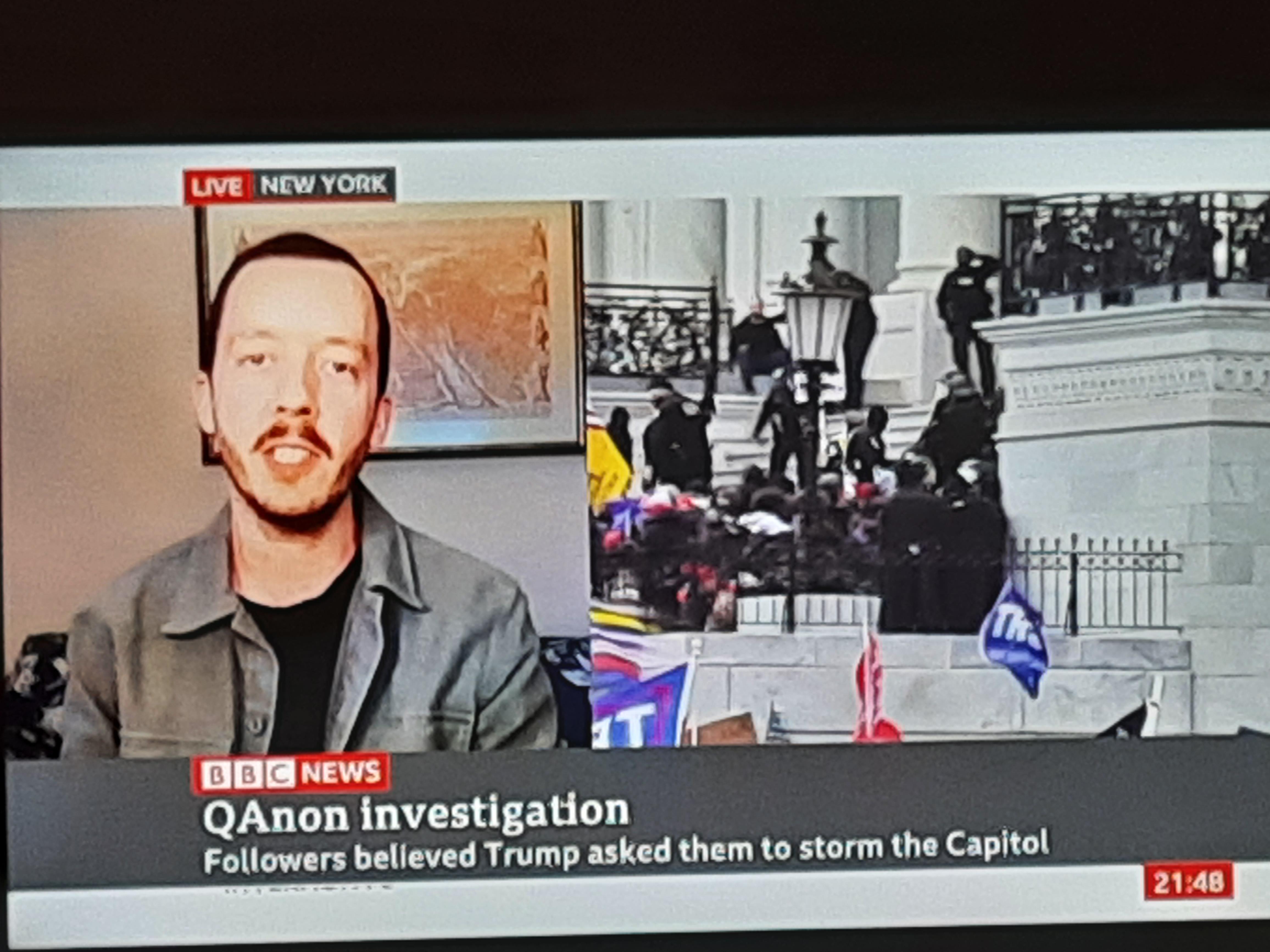 I've always followed Icke and felt he was on to something pretty serious and the way the MSM worked overtime to ridicule him was very telling (as per Q).

It seems he hasn't done much research into the actual group. He seems to have just seen the "tRUst tHe pLAn" talking points and jumped to conclusions. Just because we follow Q and trust the plan doesnt mean we also sit idly by and do nothing at the same time. We call our representatives and make our voices heard etc.

The difference as far as I can tell in terms of the other examples he cites is that Q has provided tons of proof, beyond statistical possibilities. Also David's main contention is that this "Drake" guy (a Q-type whistleblower back in 2011) used to give dates as to when the bad guys would get arrested and of course it never happened - well Q never does that. Q never gives specific dates as to when things happen.

Q also encourages free thinking, not what to think.

What I cant work out is if Icke is now a disinformation agent; if so has he always been or is he now compromised, or is he just being ignorant on this and annoyed Q is taking away his schtick?

As I keep telling myself, if Q is fake and a psyop why nuke it from the internet? Why not allow it to fester and draw in the mainstream to lull EVERYONE into complacency, as he suggests? Why wouldnt Trump just distance himself form it from the beginning? Youtube allows moon landing conspiracies and aliens etc but not Q?

I feel like now either Q is fake or Icke is and I'm genuinely upset now either way.

This is not a 'fringe conspiracy' site: Visit http://conspiracies.win if that's your thing! >

-Mods will issue EDIT: NO warnings, followed by temporary bans, and followed by permanent bans.